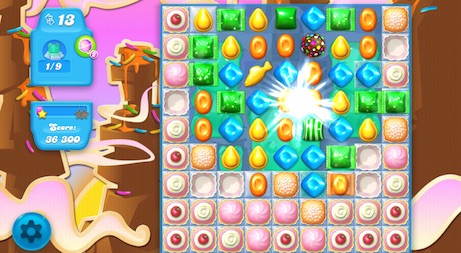 For what seems hours, you scan the board. The colors are sharp against the simple background. Some movement catches your eye, but it doesn't feel right, so you ignore it. Time stretches on.

The board is in ruins. Your carefully planned next move is lost in the destruction. You're back to scanning the board to try to find where you belong in this new world.

Is this a game, or is it your development strategy?

Software development is chaos. Either you work to managing chaos, consuming it, or it works on consuming you. There are too many possibilities, too much input, to brute-force your way to completion (how much software do you know of that can be considered complete?).

In the face of these possibilities, a rigid development plan will fail. Vague goals are better. Goals written in terms of a problem are best. Problems don't change, once you find their roots.

I didn't know this post was going to be about Agile, but there it is.

The past me is another person. Sometimes antagonist, sometimes friend, past me (postaction?) had ideas, hopes, and dreams and developed some of them into software that I and others use. Unfortunately, that asshole left bugs all through the code for me to fix.

I can't blame him. Nobody's perfect, not even idealized/demonized copies of my past self. But I do have to fix them, and deal with the messes he left.

Lucky for me, while he was writing buggy software, he left extensive notes for me to use...

My job at Bank of America consists largely of data collection and storage. To collect data in Perl, I have to write XS modules to interface with the vendor-supplied native libraries. Because I want to know my code works, my XS modules come with robust test suites, testing that everything works correctly.

Since the XS module was intended to be used by other, larger systems, I decided to help those larger systems test their dependency on my module: I included a Test::MockObject that mocked my module's interface. By using my test module, the tests can try some data and see if their code works.

Continue reading Testing is a Feature of Your Service...

How often have I told myself, "I'll kludge this now and rewrite it later"? And how many times did I actually go back and rewrite that kludgy bit? "Too often" and "not enough". Many job postings include the phrase "update legacy applications," as a euphemism for "rewrite poorly-designed spaghetti." The Y2K problem was a huge exercise in code out-living the developer's plan, with a healthy dose of cargo-culting thrown in. Lately, I've been learning to plan for a likely possibility: My code will survive to haunt my bug lists and my resume for a long time.